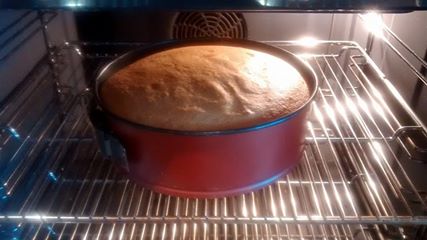 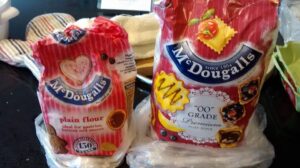 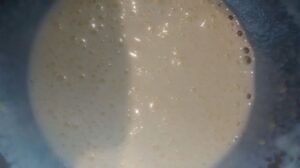 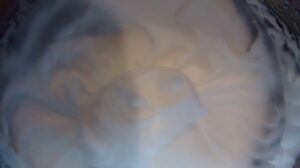 Whites folded into the yolk mixture 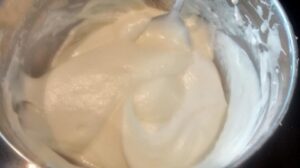 One sponge was split into two 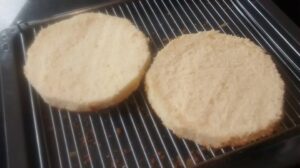 The sponge on the right is the 00 flour. 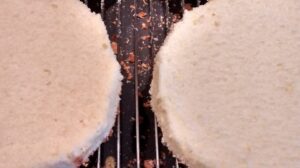 I made a mango filling for the cake, the top two layers are the 00 flour. 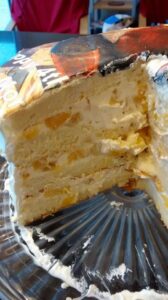 There was a slight difference between the sponges and overall both flours were far superior to the ordinary plain flour I used in the pass.  I would definitely only use 00 flour for any future Chinese sponges I make.  The sponge was lighter and fluffier.